Marriott faces a $124 million fine for failing to protect customer data. Here is the summary of the news about the fine for the Marriott data breach:

Another Day, Another #GDPR Fine 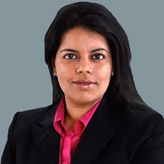 “The size and scope of the Starwood  Marriott data breach makes it the most severe such incident in 2018. According to the company’s own statements the attackers had unauthorized access” to key systems with sensitive data.

Marriott seriously failed in its responsibility to identify and contain the incident. Other organisations should learn from this breach that new types of cyber defense strategies are required that leverage machine learning. Enterprises need to fight automated cyberattacks with modern technology that can predict, detect and stop abnormal and suspicious activities before data can be exfiltrated.”

14 Tech Leaders Share Jobs They Believe Should Never Be Automated

by the CyberWire Staff | thecyberwire.com » At a glance. Chinese export restrictions may inhibit…

October is Cybersecurity Awareness Month, but Be Cybers-Aware Everytime You Log In