The UK Government organisation has supposedly been the target of a ‘serious’ cyberattack attempt.

News has broken that a Foreign Office cyberattack by threat actors has targeted the organisation’s systems.

According to reports, the Foreign, Commonwealth and Development Office (FCDO) was recently the intended target of a “serious cyber-security incident” by what is believed to be a hostile state.

A tender document published on the government website, seemingly by mistake, stated that further details “cannot be disclosed” at this time.

Documents revealed that cybersecurity firm BAE Systems Applied Intelligence was called in to provide “urgent support” to the organisation after unidentified hackers tried to gain access to FCDO systems.

The Government previously provided a contract worth around £467,000 to BAE Systems for analysis.

So far, no classified or highly sensitive material has supposedly been accessed as part of the Foreign Office cyberattack, and the date and time of the incident have not been disclosed, however the contract with BAE ended on 12 January.

The Stack first reported details from the tender, indicating that BAE Systems was “the Authority’s long-term service management integrator”.

“Due to the urgency and criticality of the work, the Authority was unable to comply with the time limits for the open or restricted procedures or competitive procedures with negotiation,” they said.

Commenting on the attack, Jon Andrews, VP, EMEA, at Gurucul, told DIGIT: “Given the tensions between Russia and the West, this could be perceived as an act of aggression from Russia.

“The incident, however, speaks to a wider problem: organisations’ security posture isn’t at the level it needs to be to protect sensitive assets from sophisticated attacks, and the unplanned costs resulting from a security breach have become an issue.

“Having to pay £400k plus to mitigate attacks is not a sustainable cyber or financial strategy.”

Cyber-attacks on foreign states are becoming more common with foreign governments frequently the target of cyber-espionage campaigns, looking to access government information and, over the last two years, data about Covid-19 vaccines.

Russia, China, and North Korea have all been accused of such attacks in the past, with the National Cyber Security Centre’s (NCSC) Annual Review in November last year highlighting a record number of cyberattacks on UK organisations.

A number of these incidents were linked to nation state attacks, backed by Russia and China, the NCSC said.

According to researchers at Check Point, cyberattackers are now increasingly targeting large public sector organisations in search of big paydays.

Government organisations around the world are now second only to the education and research sectors as a target for threat actors, they said.

Organisations such as the FCDO possess high-quality and confidential data that makes them attractive targets.

Most recently, the US and UK Government have issued warnings of the risk cyber-attacks against businesses and government systems in Ukraine ahead of a possible invasion by Russia.

External Link: Foreign Office Cyberattack: What do we Know so Far?

Teri Robinson | scmagazine.com » Hidden Cobra threat actors are behind a series of attacks…

It Takes A Village To Fight Ransomware

Saryu Nayyar | Forbes.com » Ransomware is top of mind for every cybersecurity expert these… 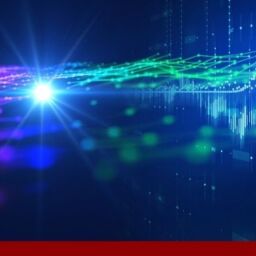