by the CyberWire Staff | thecyberwire.com »

China’s export restrictions may block any foreign acquisition of TikTok.

Recent developments in China may have placed an obstacle in the path of anyone’s bid to acquire any piece of TikTok. Beijing, the Wall Street Journal reports, has just enacted restrictions on the export of artificial intelligence technology. It appears that the controls may have been designed with TikTok’s algorithms in mind. If they do indeed fall within the scope of the restrictions, it’s difficult to see how any suitor would be attracted to what remains once the social platform’s algorithms are stripped out of a potential deal.

Facebook’s August takedowns shuttered three networks that were engaged in coordinated inauthentic behavior (that is, organized disinformation). An operation mounted from Pakistan, targeting both domestic and Indian audiences, were characterized by the Stanford Internet Observatory as aimed at countering criticism of either Islam or Pakistan’s government. Accounts and pages staged by Russia’s Internet Research Agency made use of a US progressive news organization, Peace Data, that seems to be either a usefully gullible American outfit or a Russian front. (Peace Data strongly denies being either.) The influence campaign appeared to aim at pushing a strongly progressive line to the detriment of both Democratic and Republican Presidential campaigns, but according to the New York Times, such a line would naturally tend to be more damaging to the Democratic campaign. Finally, a US communications firm, CLS Strategies, also had several accounts suppressed for coordinated inauthenticity. In this case it’s unclear who’d hired CLS, but the tendency of the posts were clear. BuzzFeed reports that the line taken in Venezuela was pro-opposition, in Bolivia pro-regime, and in Mexico anti-MORENA.

US Office of Management and Budget offers draft guidelines for supply chain security.

The US Office of Management and Budget has issued an Interim Final Rule for implementing the Federal Acquisition Supply Chain Security Act. The law is designed to keep procurement from becoming enmeshed in a compromised supply chain. It’s specifically designed to give organizations the means of excluding products and services from vendors who pose a threat to national security. OMB is interested in comments, which are open through November 2nd of this year.

Some industry comment on the Act is already favorable. Gurucul CEO Saryu Nayyar said, “Government acquisition and supply contracts are a complex issue. Every organization needs to balance capability, cost, and security, when they’re buying new hardware or software, but buyers in the Federal space have National Security concerns that civilian agencies don’t have to consider. Hopefully, this new guidance from OMB (Office of Management and Budget) will provide a transparent and consistent way to assure resources acquired through the Federal supply chain remain secure.”

Hugh Taylor | Journalofcyberpolicy.com CISA has just issued a statement citing that Russia is “likely” behind SolarWinds… 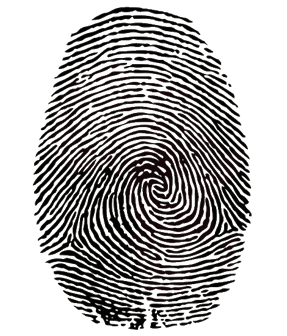 Identity – Dictionary.com’s 2015 Word of the Year

Identity is the “2015 Word of the Year” based on Dictionary.com analysis of the most…