Why Identity Has Become A Top Concern For CSOs

Seven of the world’s top security leaders share their fears and challenges around the critical new role of identity in the fight against cyber adversaries.

Ubiquitous mobility and cloud-based computing are a double-edged sword. While they have transformed the way companies do business, the myriad benefits they provide are being undermined by the lack of security and the regard for risks surrounding identity. One of the reasons for this state of affairs may be that identity is still under the purview of CIOs, not CSOs.

Much of my thinking on these topics is derived from the many discussions I’ve had with leading CIOs, CISOs, and CSOs, who view identity as ground zero in the fight against cyber adversaries. I was convinced others could benefit from the wisdom they had imparted to me, which is why I set out to capture the ideas, experiences, and best practices of some of industry’s leading security practitioners in my first book, Borderless Behavior Analytics.

A Proactive Approach Is Lacking

The core problem, as I see it, is that most security leaders are not attacking the evolving security landscape through proactive planning and change management. Instead, they are stuck in a reactive mode. It is not hard to understand why: the user profile is 24×7, global, instantaneous, and rich in consumer-driven IT.

I also asked the security leaders to consider how the explosion of digital data — primarily created by mobility and cloud adoptions — is challenging human analysis capabilities. The security perimeter has blurred and, for all intents and purposes, has simply faded away.

Everyone is on the Internet, all the time, and generating  staggering volumes of activity. At the same time, most employees have a low awareness of the access and activity risks involved in their Internet usage. This is producing undefined gray areas of risk that declarative defenses cannot address. Traditional perimeter defense mechanisms lack awareness of these access and activity risks.

Identity as an Attack Surface

Data no longer resides behind firewalls; that singular control point of protection is gone. Instead, there is a much more complex, hybrid IT security challenge of on-premises environments being connected to multiple cloud applications and multiple mobile devices.

A popular quote among security pundits is: “There are only two kinds of companies. Those that were hacked and those that don’t yet know they were hacked.” Nowadays, attacks against businesses are likely to be very stealthy and targeted, and based around identity vulnerabilities.

Highly skilled individuals — sometimes IT professionals with a vast knowledge of the most effective ways to attack companies’ vulnerabilities — carry out these attacks. These people move quietly and methodically within organizations, sometimes for years rather than months, acquiring the knowledge they need for their assaults.

At the root of most current threats is the misuse and compromise of identity, which give attackers access to the keys of the kingdom. Identity is now the critical access risk and threat plane.

What Keeps CISOs Up at Night

When asked to view security through the lens of identity, here are the most vexing issues that seven of the world’s top CSOs came up with.

Account compromise and misuse, insider threats, and how to implement a “resilient defense” model that makes it difficult for attackers to exfiltrate data once an environment has been compromised. —Jerry Archer, CSO of a major financial services company

The fact that existing security defenses were built to protect an enterprise architecture that no longer exists, and where the industry needs to go with machine learning and context from big data. —Joe Sullivan, CSO of Uber

The need for a new approach that places identity and access at the core of security to protect digital and physical assets. —Teri Takai, former CIO of the Department of Defense (DoD) and current adviser for the Center for Digital Government

Understanding the levers behind security innovation and why defenses advance in such small increments. —Robert Rodriguez, Chairman and Founder of the Security Innovation Network (SINET)

How to apply machine learning to behavior analytics across a variety of use cases. —Leslie K. Lambert, former CISO of Juniper Networks and Sun Microsystems

Uncovering the limitations of human processing, and developing technology alternatives for finding and responding to risks and unknown threats. —Gary Harbison, CISO of Monsanto

Hopefully, putting all these insights in one place and sharing them with the industry will help spur greater awareness, dialogue and innovation around the role of identity in cybersecurity.

External Link: Why Identity Has Become A Top Concern For CSOs

The security perimeter has faded. Old defenses for environments can no longer be relied upon…

Have you seen her resume? 12 amazing women in security

IN CELEBRATION OF WOMEN’S ENTREPRENEURSHIP DAY NOVEMBER 19 On November 19, 2014, the inaugural Women’s…

Video: How Tom Brady Lost the Super Bowl but Not His Data Watch this video… 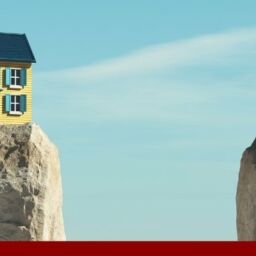 One critical question security leaders are contending with in today’s emerging environments is, “how do…

The annual RSA Conference 2019 is taking place March 4-8 in San Francisco. This security…

Saryu Nayyar to Explain how Identity Compromise was Root Cause of Break-ins, Data Exfiltration and…